Well, I survived my 10 year reunion.  Not going to lie…I was pretty close to not going, even though we had already drove 7 hours and paid for the tickets.  Sometimes I can be awkward in large group settings, especially with people I haven’t seen in a decade, so I had some anxiety about going.  Thanks to some coercing by some of my good friends, I went….I’m very glad I did.  Had a great time catching up, even found out some read my blog…even some I least expected do! I might share some pictures this week once I have some time for editing. Here is a preview for now.  These are some of my beautiful friends from class of 2001…what what (no I am not in the picture). 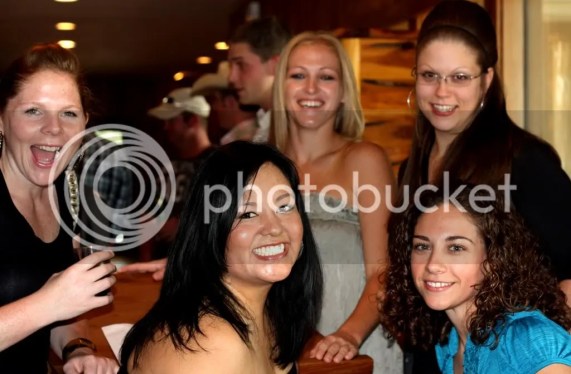 In unrelated news…I had a disaster in the kitchen last week, accompanied with a few successes.  I attempted homemade pasta, ravioli to be exact.    Who knew rolling it out would be so difficult?!  I think it might be time to get that KitchenAid attachment.  On the upside, the homemade Tomato sauce was a win, and I had some Bertolli ravioli as a back up for the terrible ravioli.  I also made some delicious garlic knots that I will share soon too. 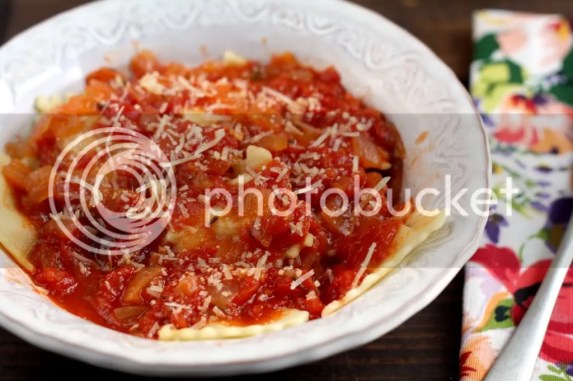 I was inspired to make this from a previously mentioned Italian Restaurant that we frequent in Shreveport, Monjunis.  The tomato sauce there is sweet and savory.  We had so many fresh tomatoes from our garden, I had to do something with them before they all went bad.  I was able to tweak and combine some recipes I found online to one that turned out wonderful, and is super easy! 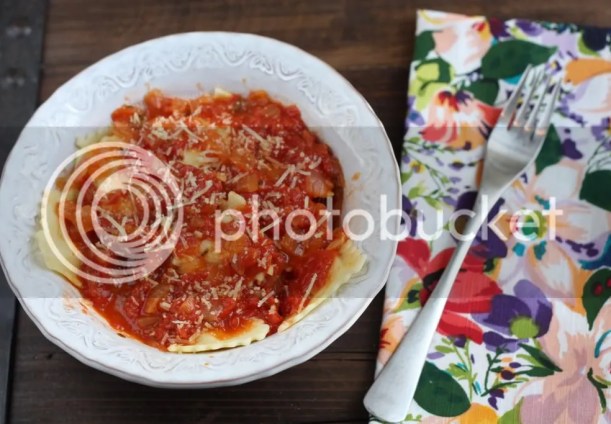 To help you out I’ve included a couple pictures to help with the peeling and seeding process.  This is what the tomatoes should look like once you’ve cored them, right before they go in the water. 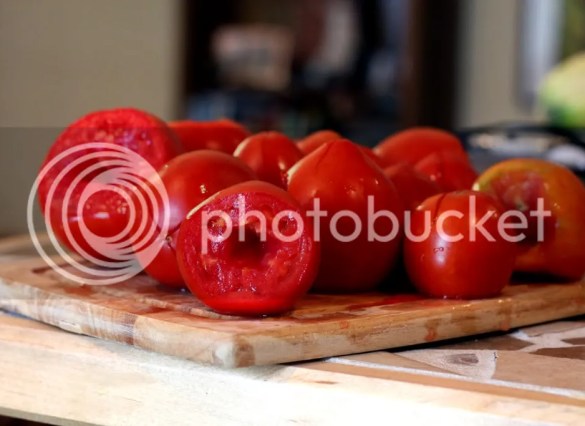 This should be what they look like once peeled and seeded. 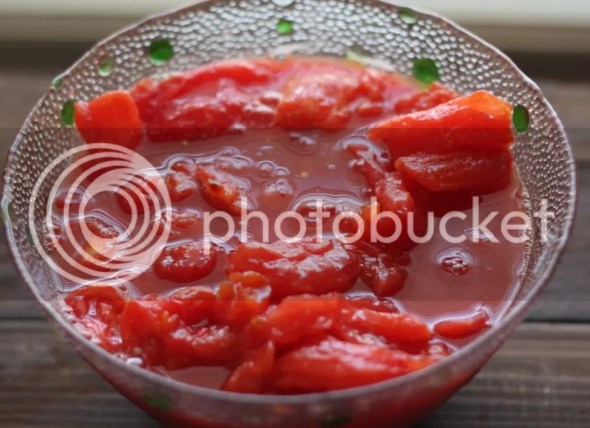 Don’t worry, I have intentions of making it up to you that I have not posted in a week.  I sprained my foot his weekend and have to forgo spin class this week…so I will be on the computer a lot.  That giveaway is still coming soon too!  Hope you had a great weekend! 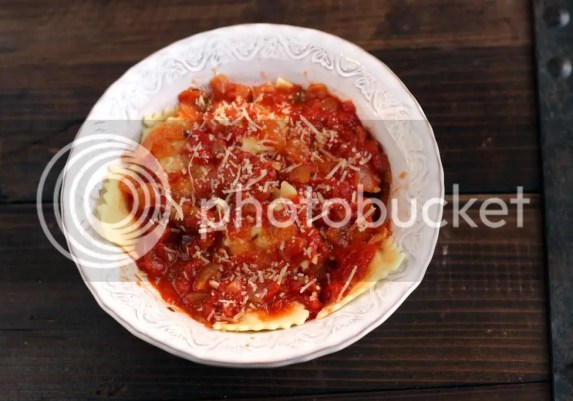 Directions:
To peel and seed the tomatoes, boil a pot of water on the stovetop. Fill a bowl with cold water and ice. Have a large empty bowl for the blanched tomatoes.

Once the water is boiling, gently place 4-5 of the tomatoes at a time into the boiling water using a large pasta spoon. Leave the tomatoes in the water a quick 30-45 seconds and no longer to avoid cooking them. Once the skin starts to wrinkle slightly, remove from boiling water and place immediately into the ice cold water to stop the cooking.

Allow them to stay in the ice cold water for approximately 30-45 seconds then place them in the empty bowl. Continue these steps until all of the tomatoes have been blanched and dipped in the cold water. At this point the skin should just easily peel right off of the tomato. Grab 2 more large empty bowls and put a fine mesh strainer over one. Pull the tomato apart and push the seeds out over the fine mesh strainer and bowl, this preserves the tomato juice. Once all of the tomatoes have been seeded, take the preserved juice and pour into the bowl with the seeded tomatoes. (You will not be able to get all the seeds out).

At this point, the tomatoes are ready to start cooking for the sauces. In a large pot, heat the olive oil and onions on medium heat to brown them. Add the garlic and herbs to the pot and stir for 5 minutes until garlic is aromatic. Deglaze the pan with the red wine and allow cook for a couple more minutes.

« Millions of Peaches…Peaches for Me
My Kind Of Taco Salad »